March 8, 2014 is the 100-year anniversary of the birth of Yakov Borisovich Zeldovich, one of the best universalist physicists of the 20th century.

It is hard to imagine another scientist who could understand the surrounding world on the Renaissance scale: chemistry, physics, astronomy, biology - the range is more similar to that of interests of a natural philosopher, not a contemporary narrow professional, a typical representative of the Nobel prize laureates.

The time when people like Descartes, Einstein and Boltzmann have worked in Europe is long gone. The appearance of such people in the 20th century science is a rarity, and perhaps the appearance of this man could be explained by the fact that the Russian Renaissance was about 200 years late.

He was the man who first created (together with Yu.B. Hariton) the theory of nuclear chain reactions, who participated in the creation of the famous weapon - the symbol of the Soviet people's victory over Nazis - "Katyusha" (his first monograph was on theory of combustion), who was the head of the theoretical division in the Soviet atomic project, proposed a number of important ideas in the theory of elementary particles (the laws quantum charges conservation) and, finally, created a new science, "Relativistic astrophysics". Thanks to Zel'dovich, a school of relativistic astrophysics was founded in the Soviet Union, whose progeny to this day define the face of the Russian astrophysics.

Today we, his students, his contemporaries and his descendants, should ask ourselves: what have we done to protect our homeland, which still exists as a superpower only thanks to the nuclear weapons created under the guidance of several people like Yakov Borisovich Zel'dovich.

I think, a street should be named after Ya.B. Zeldovich in Moscow, and a monument should be built to honour the three times Hero of socialist labour, academician, and patriot.

I have written once already that it is because of people like YaB (and Landau, Ginzburg, Bogolyubov, Keldysh) that true scientists came into the science in the USSR, in spite of the Communist bureaucracy. This helped to preserve the old pre-revolutionary school.

Several large international symposia are being held this year to honour the 100th anniversary of Zeldovich's birth, and we, his students-astrophysicists, have organized a special 2-day conference "YaB-100" dedicated to this special date.

The conference will be held at the Sternberg astronomical Institute (Moscow, Moscow state University) on March 20 and 21, 2014. Let us remind that "YaB" was what his closest students and colleagues have called Yakov Borisovich. The conference is organized by the Zel'dovich Moscow Astrophysics Seminar (master.sai.msu.ru/osa/).

Admission to the event is free. 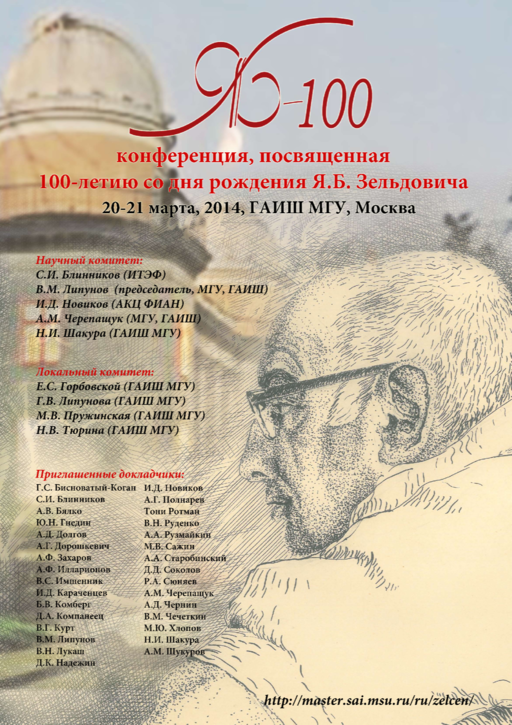 Presentations are available in Programme. 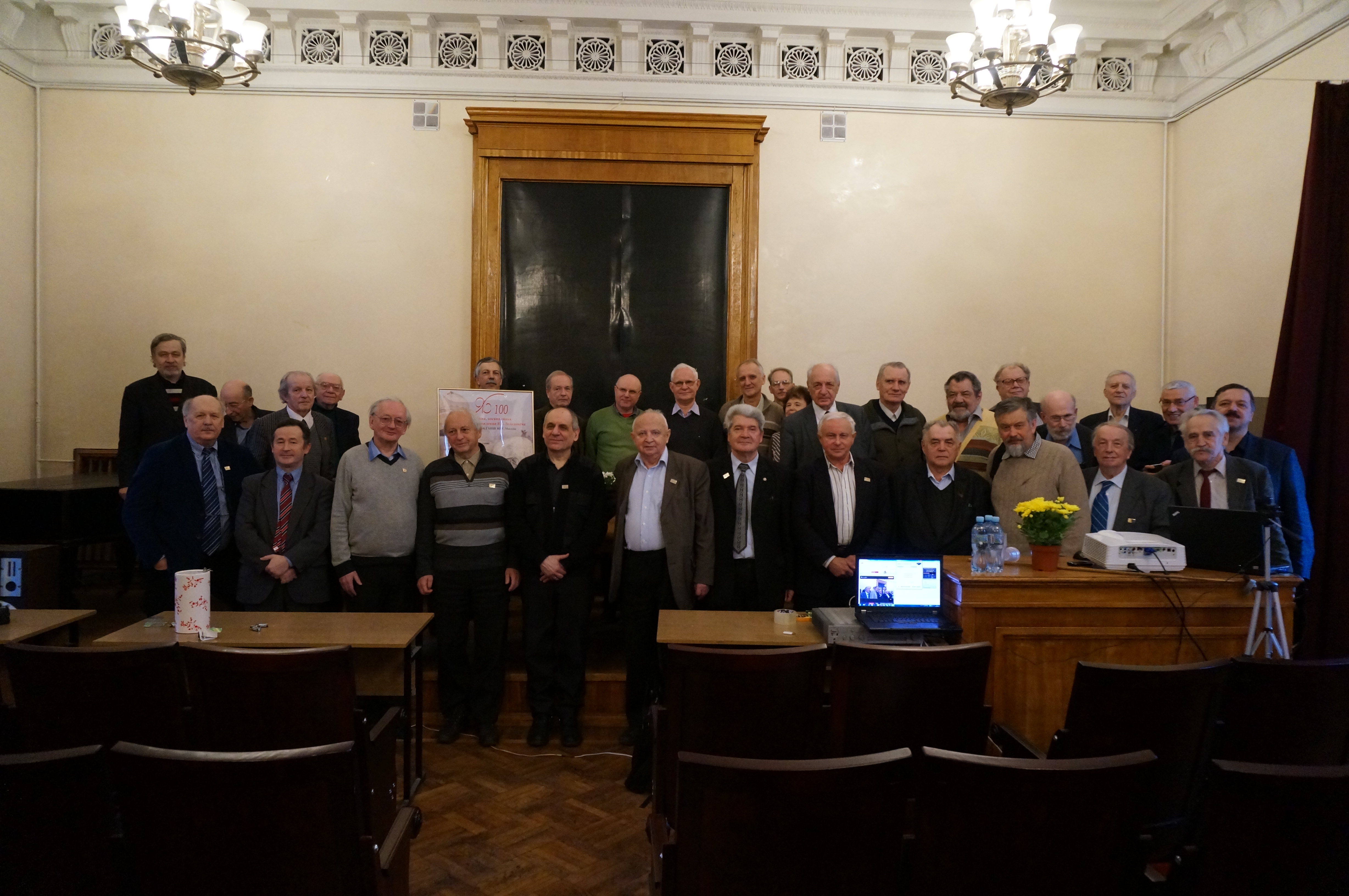